2nd Graders learned about Claude Monet and many of his beachscape scenes. Students observed that beach scenes have a background, middle ground, and foreground, as do most landscape pictures. We also observed how water in the sea can be different shades of blue and green and waves/crests appear white. Many of Monet's beachscapes featured stormy skies with gray clouds. Other scenes were sunny. It was fun to notice the different weather being depicted in his paintings. We also noticed boats at the harbor, people, seawalls, lighthouses, horses, and horse drawn buggies. Students were then inspired to create their own beachscapes..of course with a modern twist.

Students painted background, middleground and foreground with watercolor paint. Then students added crests with white tempera. Students drew items typically found on a modern beach on separate paper, and then colored, cut and glued these into their beach scenes. We had discussions about drawing objects in a variety of sizes. We also discussed gluing the larger objects in the foreground and smaller ones in the background (higher up in the picture) to create depth and space.

It is interesting that I am just now posting these...on Nov. 2nd! Students did work on these in September..when it was still very HOT outside in Texas.

I think these beaches are so cheery and fun! They make me want to escape to a beach! 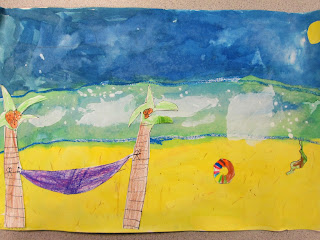 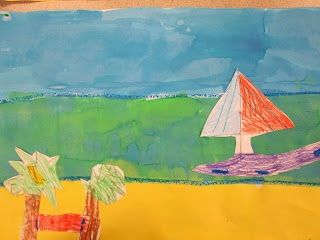 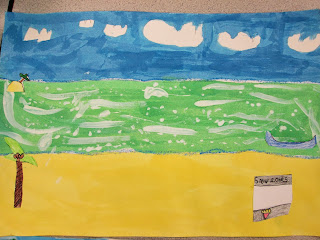 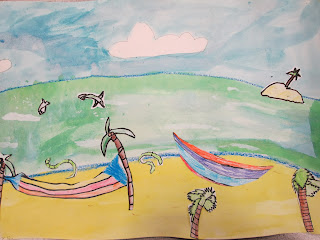 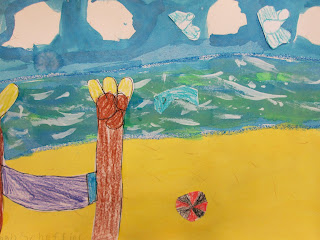 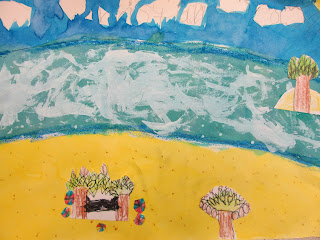 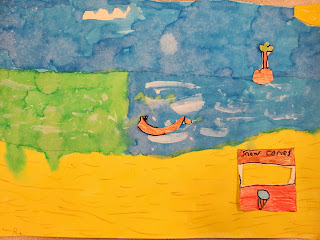 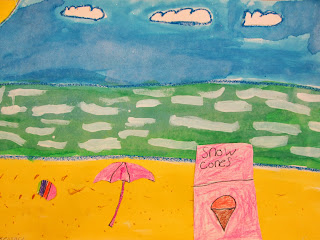 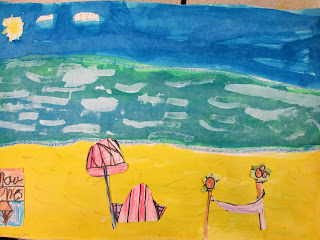 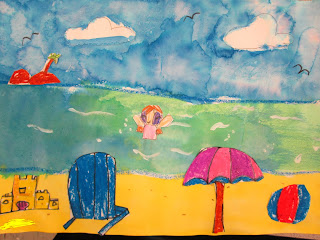 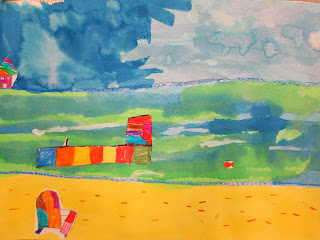 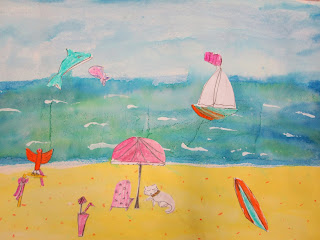 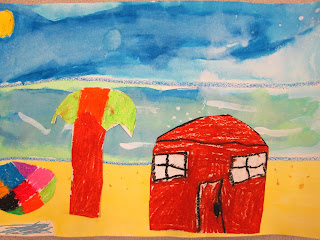 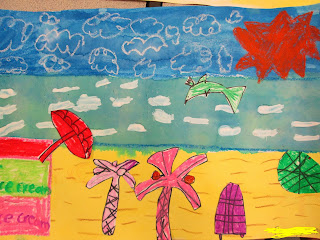 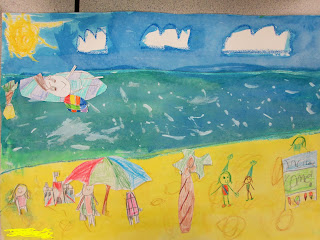 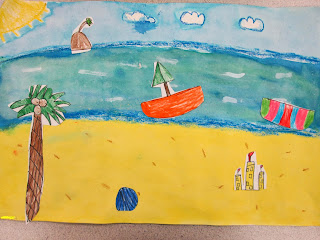 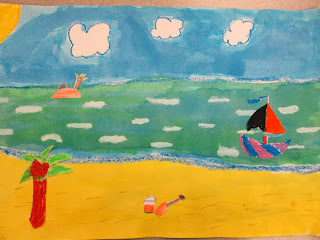 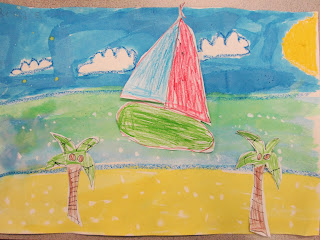 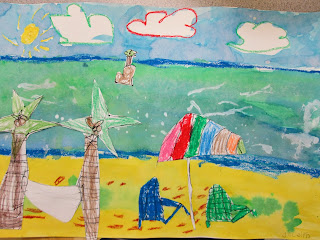